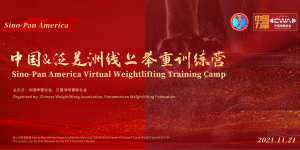 Coaches and athletes from CWA shared their technical knowledge and experience on competitive weightlifting to their counterpart from member federations from PAWF.

YU Jie, Head Coach of China’s Men’s Team, coach of Olympic Champions including LYU Xiaojun and a number of world champions, as well as DENG Huijie, coach of China’s Women’s Team participated in the event. Eight World senior/junior Champions from China’s national team made the demonstration of exercises.

The training camp started with a quick view on China’s National Weightlifting Training Center, followed by a video clip featuring how sport science team has been supporting Chinese coaches and athletes in their daily training was played (YouTube link of the video: https://www.youtube.com/watch?v=kFueIWmQzto&feature=youtu.be).

Chinese athletes demonstrated several kinds of exercises (technical and muscular), including muscular exercises of lower back and abdominal plus scapular strength, and technical exercises of clean and jerk. These exercises were designed to answer the questions collected from PAWF member federations. The Chinese coaches also made comments and instructions on the exercises practiced by PAWF athletes. After the training session, enthusiastic PAWF member federations raised their questions one after another, which was patiently answered one by one by Chinese Coaches and thus extended the training camp from 1.5 hours to more than 2 hours. 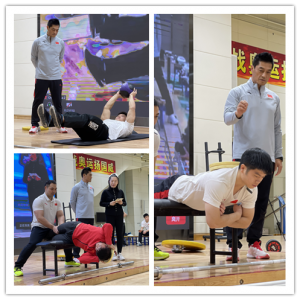 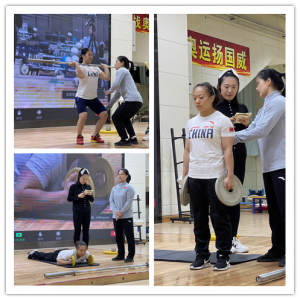 PAWF President Mr. Jose QUINONES and PAWF General Secretary Mr. William PENA said Chinese weightlifting has made huge contributions to international weightlifting community, and thanked CWA for a well-organized virtual training camp and setting up a world standard for Pan-America and the world. This training camp was the first bilateral exchange between CWA and PAWF, but it will not be the last one. In an effort to accomplish mutual development, PAWF looks forward to organizing more in-person exchanges with CWA in forms of seminars or training camps. 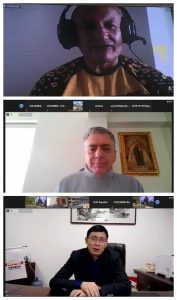 CWA President Mr. ZHOU Jinqiang agreed to have a closer bilateral collaboration between China and Pan-America in different forms from different aspects in the future. He said that COVID-19 has made some troubles for in-person international training camps, but when the pandemic is under control he did hope to invite friends from PAWF and its member federations as well as friends from all over the world to China to train in person with the Chinese National Team, and to have a try with the rehabilitation equipment here in Beijing.